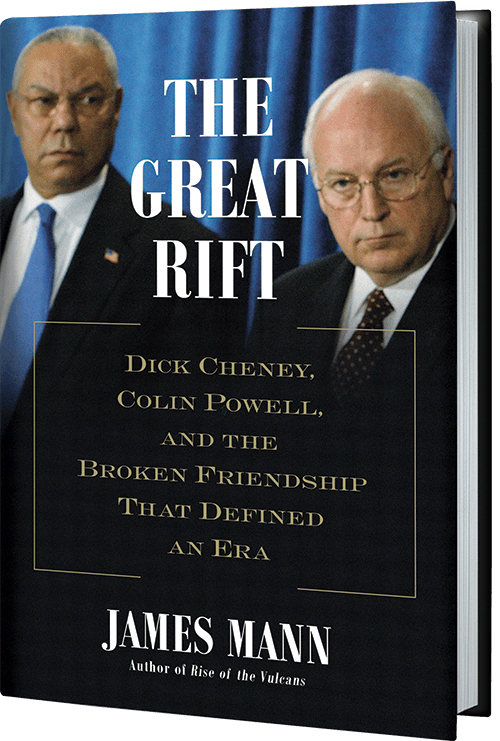 The Great Rift is a sweeping history of the intertwined careers of Dick Cheney and Colin Powell, whose rivalry and conflicting views of U.S. national security color our political debate to this day.

“James Mann’s gripping account of the rise and fall of Dick Cheney and Colin Powell is almost Shakespearean in its pitch-perfect portrayal of two close friends turned bitter foes, whose ambition and internecine warfare played a key role in America’s disastrous involvement in the war in Iraq, with grievous effects that continue to this day.”
—Lynne Olson, bestselling author of Madame Fourcade’s Secret War and Citizens of London

“In this brisk, penetrating narrative, James Mann offers a thoroughly original way of understanding critical events at the highest levels of government over the last three decades. The Great Rift is outstanding.”
—Jonathan Alter, author of The Defining Moment: FDR’s Hundred Days and the Triumph of Hope and The Center Holds: Obama and His Enemies 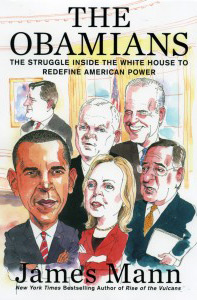 “Following up on his book on President Bush’s foreign policy advisers, Jim Mann provides an equally insightful look at the team around President Obama, including the bright young advisers who have remained little known. His book shows how carefully-calibrated the administration’s policy has been and the key role that Obama has played himself.”—Walter Isaacson, President and CEO of The Aspen Institute and bestselling author of Steve Jobs
More >> 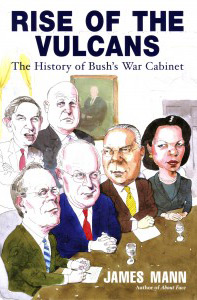 “James Mann, whose speciality is the murky world of Republican policymaking, and whose 2004 book on George Bush’s war cabinet, “Rise of the Vulcans”, was a deserved hit, has produced a winner again.”—The Economist, Feb. 26, 2009
More >> 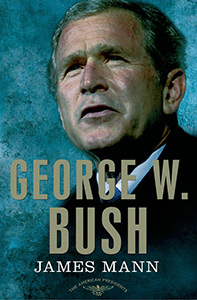 “[Mann weaves] extensive interviewing and archival research to produce insightful analyses and fresh perspectives on our own times.… George W. Bush is also the relatively rare book about our 43rd president that could be read appreciatively by both supporters and detractors.”—The Washington Post
More >>