Rise of the Vulcans 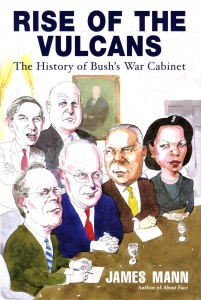 “Lucid, shrewd and after so many high decibel screeds from both the right and the left, blessedly level headed. It is necessary reading for anyone interested in understanding how and why America came to deal with the rest of the world the way it is doing under the Bush administration.”
— The New York Times

“Mr. Mann has pulled back the curtain to expose three decades of political hardball, played to advance theories of the world that are, at best, incorrect. Read it and weep.”
— New York Observer

“At a time when political reporting seems intent on shrinking every story about foreign affairs into a battle of hawks and doves, Rise of the Vulcans is a much needed antidote: a work of serious intellectual history and a nuanced analysis of the debates that will continue to shape American foreign policy long after the Vulcans themselves have left the stage.”
— The Wall Street Journal

“The most detailed and comprehensive account of the Bush foreign policy team to date.”
— Los Angeles Times Book Review